We began with Dialect, and the almost-released Root (based on the board game of the same name), and then Legend of the Five Rings (the Fantasy Flight version), playing games of language, woodland politics, and samuri weddings.

There were a few growing pains, and Paranoia had to be cancelled due to confusion around dates/times, but we continued with a fairly full schedule the latter part of 2021.

Dune was a particular personal highlights for me, and players enjoyed the condensed version of my Quebec City by Night mini-campaign for Vampire: the Masquerade.

Mork Borg was pushed into the new year, followed by a return to the worlds of Rokugan and Root, and ending the spring with the indigenous alt-history sci-fi world of Coyote and Crow.

For the summer, I recruited players for a handful of mini-campaigns. In June, we played the cinematic adventure Chariots of the Gods for the Alien roleplaying game, and then in July we made a tonal 180 pivot to Wanderhome, a game were conflicts were more in the spirit of Beatrix Potter or Winnie-the-Pooh.

Free RPG Day was stacked, and I ran a table for the day, beginning with Paranoia, followed by games of Microscope, Dialect, and Call of Cthulhu. The investigators in the latter decided that running away from the elder gods (and fleeing the state from their mob boss) was their best course of action, and honestly they were correct.

Finally, last month we broke the "no D&D" rule to explore the rich setting of Ptolus, playing the Return of the Ebon Hand adventure. Perhaps future map makers will be more specific in their directions than a mere 'powerful magic'.

We're taking a break for September, and are solidifying plans for October - they'll be announced here once ready. In the meantime, thank you everyone for a year of gaming, and I hope each story and each world has been a source of wonder for you. 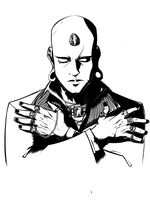 Founder
Minneapolis
Sign up for Frontier Scum, Wickedness, Teeth: Blood Cotillion, and more horror RPGs at Dreadfest.
June In June over two fateful sessions we explored a derelict science vessel and unleashed the horrors within. July In July we are anthropomorphic animals and their bug companions, traversing the Haeth, finding